21 Ways to Say Hello in Arabic 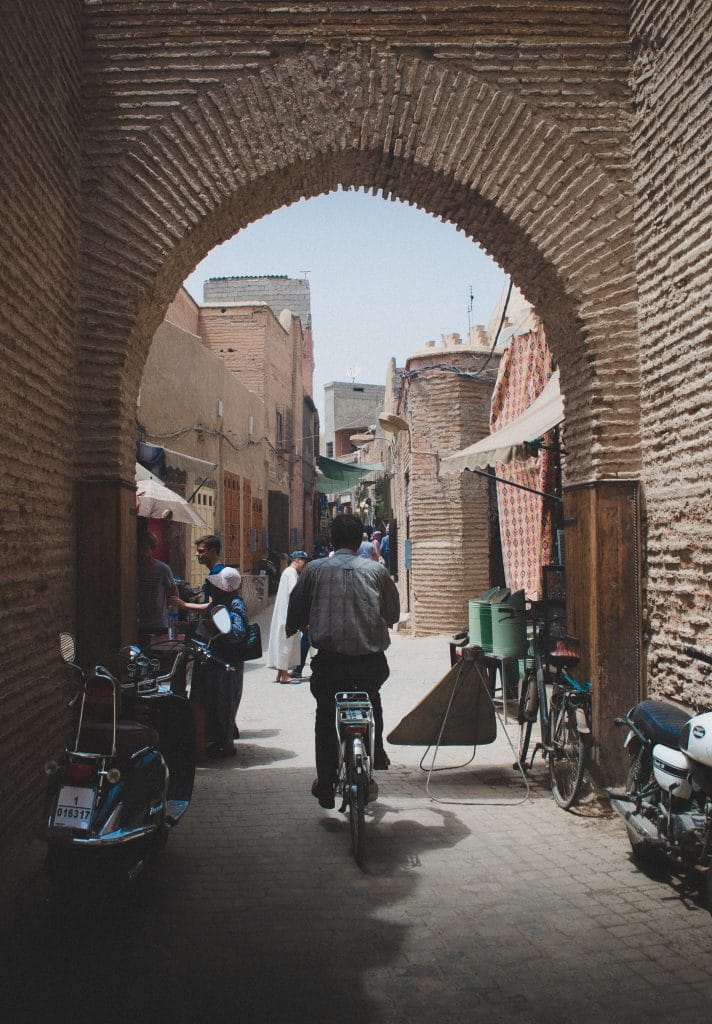 Allah says in the Quran: “When a greeting is offered you, answer it with an even better greeting, or (at least) with its like. God keeps count of all things.” [Surah an-Nur].
Arabic has a rich variety of greetings and pleasantries. These vary in different regions. In this post, we have narrowed down 21 different ways to say hello or to greet like a native Arab. Not only should you know how to greet, but you should also know how to respond appropriately when greeted. The first impression is the most profound!

“ Asalamu Alaikum” means “peace be upon you”. It’s an Arabic phrase but most Muslims from all around the world use this greeting despite their language background.
These words are also a dua (prayer). The appropriate response for it is “Wa Alaikum asalam” (And upon you be peace.), you can use it when meeting one person or a group of people.

“Marhaban” means “welcome”, and it’s an Arabic fusha word, it was taken from the word Rahhaba. The appropriate response for it is Marhaban bik for male and Marhaban biki for female or Marhaban bikum for a group of people.

Ahlan means ‘you are like family’, Arab people use this to welcome guests or friends when they invite them to their house or at any reception.

Ya hala bik means ‘you are welcome’ and it’s an informal way of saying hello in the middle east. When visiting an Arab home your host is likely to say to you Ya hala bik.

This is the short version of ‘Assalamu Alaikum’. Salam means Peace, The word “salam” is mentioned almost 33 times in the Holy Quran. A Salam is one of the names of the Great Allah which means “Peace”.

Yatik al Afia means ‘may God give you health and all the good things’. This greeting can be used as a hello or goodbye and it can be said to anyone, whether known or unknown to the speaker.
It can be also used to greet, especially in the Lebanese culture, The appropriate response for it is “Allah Y’afik”. This greeting should not be used in a very formal situation.

This word means How are you? It can be used for greeting and welcoming in the Egyptian culture, and it’s also considered an expression of hospitality.

Aslema is an expression of hospitality used to welcome a guest, It’s a Tunisian expression to say hello to each other and it roughly translates to  ‘I am grateful that you are alright’.

This word used throughout the middle east. Its a stronger ‘welcome’ than Marhaba. So iff you think Marhaba it’s not enough to show how welcoming you are, use Ya Marhaba.

It means ‘welcome to you’. It can also can be used as a response to Marhaba.

Marahib is the plural word of Marhaba which literally means a lot of welcomes and hellos. When visiting an Arab home your host is likely to say to you Marahib.

It the plural of the word ‘good health’ in Arabic. It means ‘may you have a good health’.

Sabah Al Khayr means Good morning and it can be used in formal situations with people you do not know. It can be used for both hello and goodbye.

Masa Al Khayr means Good evening and it also can be used to say hello and goodbye in formal situations with people you don’t know.

Sa’idat means ‘Happy’, which is sometimes used as a casual hello in some Arabic countries.

Sho el Akhbar means ‘what’s the news?’ And it’s frequently used to start a conversation with people you already know.

It means “Have a great day”, and can be used as Hello and Goodbye in formal situations.

Kifak means How are you? It can be used after saying Hello.

Ahlan Wa Sahlan is Arabic Fusha which means ‘like family, and at ease’, The appropriate response for it is “Ahlan Bik”.

In Lebanon and syria, people say Ahlin instead of Ahlan, which has the same meaning.