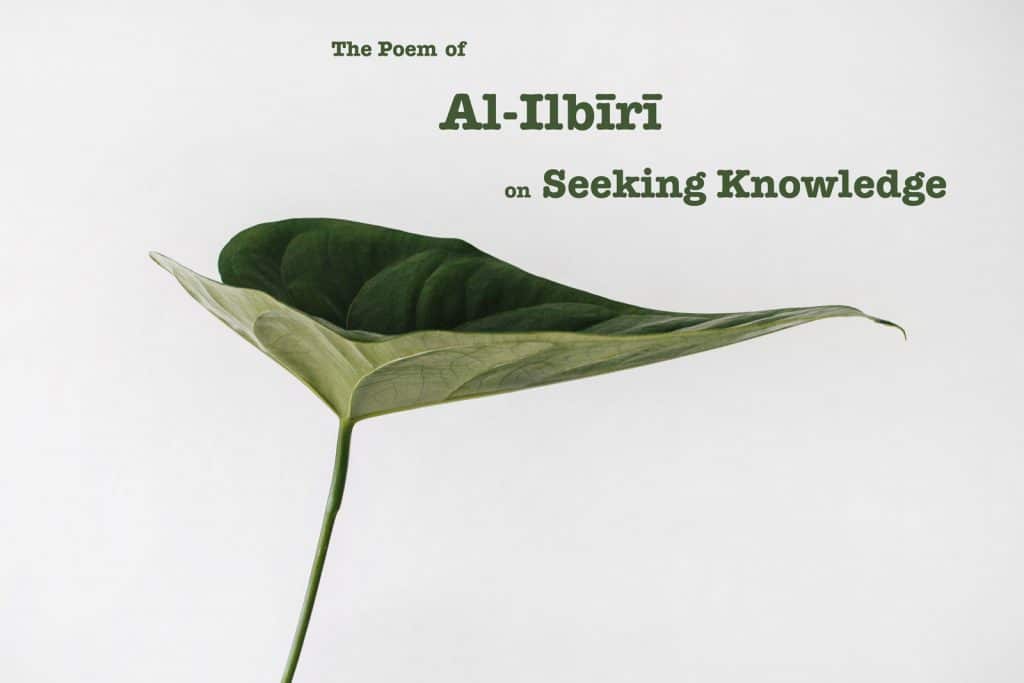 Abū Isḥāq al-Ilbīrī (d. 459 H/ 1067 AD) was a great scholar and poet who lived in Granada in Al-Andalus (Modern day Spain). It’s amazing that his poems are still widely read and memorised today by students and lovers of knowledge, even after more than 900 years. This really is a testament to the value and wisdom they contain.

al-Ilbīrī’s poems are known for inspiring students to remain steadfast on the path of knowledge and not be distracted by the Dunya. He often strikes comparisons between the lofty status of knowledge and its fruits and the pleasures of the Dunya. We must also keep in mind that, Al-Andalus was the height of the Muslim civilisation in terms of worldly grandeur and wealth. The muslims were distracted by luxury.

This particular poem was a reply to a man he refers to as ‘Abu Bakr’. We know that this man criticised al-Ilbīrī. He says so in the poem. But instead of returning the attack, he says, what you have mentioned is the least of my faults. And then he chooses to return the criticism by advising this man, and calling him towards what benefits him.

These are a few selected lines from the poem:

And death calls you with a true calling***O you my friend, yes you I mean!

Your stay here is not forever. Time is taking its toll on your body. And every day you are losing a bit of it. And death is waiting for you. صاحِ here is short for صاحب.أَبا

O Abu Bakr! I call you if you would answer!***To that which is beneficial for you, if you discerned

To knowledge, with which you will be a leader***Obeyed, when you prohibit and when you command

And a treasure you don’t have to fear the thieves over***Light to carry, present (with you) wherever you are

Would you like to see the whole poem translated?