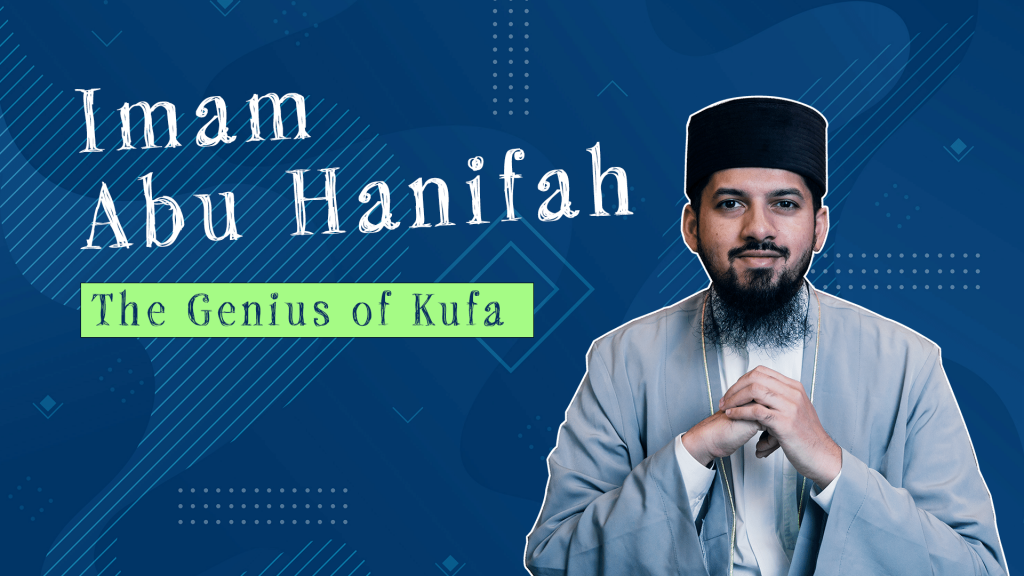 In this post, I would like to share some interesting bits from the seerah of the Imam Abu Hanifah. This has been compiled from Siyar A’lam al-Nubala and some other sources. As this email is going to be a bit long, it is also available as a video, if you prefer watching instead:

Abū Ḥanīfa al-Nuʿmān ibn Thābit b. Zūṭā ibn Marzubān, was one of the greatest fuqaha. He is also the founder of the largest madhab or school of thought followed by almost one-third of the Ummah. He was born in Al-Kufa, Iraq, in the year 80 Hijri. He was of Persian origin.

He was the first to arrange the knowledge of fiqh into chapters and sections, and Imam Malik and others followed him.

His son, Hammad narrates: ‘My Father was handsome. His complexion leaned towards darkness. He was of pleasant appearance, he would use a lot of perfume, and was venerable. He would not speak except in reply, and would not delve into that which did not concern him’.

He was a cloth merchant and was extremely honest and straightforward in his business dealings. He was very successful and would spend generously on those around him. Every time he spent on himself or his family, he would give the same to charity.

He would not accept gifts from the rulers.

His Genius When It Comes To Fiqh

When it comes to fiqh, he was a true genius. Just this one example can show you the soundness of his reasoning and the accuracy of his fatawa or legal verdicts.

One of his brightest students was a young man named Abu Yusuf. Abu Yusuf became very sick once, and Abu Hanifah thought that he might die. So became upset and said, ‘O Abu Yusuf, I was hopeful that you will benefit the people when I am gone’.

However, Abu Yusuf recovered. But what the Imam had said about him affected the young man, and he became pleased with himself. This led him to start his own halaqah and to stop attending the lectures of Abu Hanifah.

When Abu Hanifah inquired about him, he was told that what he had said had caused Abu Yusuf to start his own halaqah.

On hearing this, Abu Hanifa sent a student to the halaqah of Abu Yusuf, and told him to ask the following question:

A person gives his thawb to the tailor to be shortened. But when he goes back to collect the thawb, the tailor denies that he had given it to him. So then the person complains to the authorities, and with their help, he gets the thawb back. But he finds that it has been shortened. Does he owe the wage for shortening it or not?

The student went to Abu Yusuf and asked him the question. Abu Yusuf thought about it and said he owes the money, as he has done the work. And the student told him that the answer is wrong. So Abu Yusuf thought about it more, and then he said he does not owe it. The student again said he is wrong. Here Abu Yusuf asked him who had sent him, and he was told Imam Abu Hanifah. So he got up from his lecture and went to Abu Hanifah, and told him ‘I have a question’. Imam Abu Hanifah asked him reproachingly, ‘Why don’t you answer it yourself, are you not the Sheikh?’. Abu Yusuf replied respectfully, that you are the Sheikh (O Abu Hanifah).

Abu Hanifah then answered the question: He said that before ruling on the issue, one must look at the length to which the thawb has been shortened. If it was shortened according to the height of the original owner, then the tailor shortened it with the intention of giving it to the owner, but later changed his mind, and kept it for himself. In this case, he deserves the wage for his work. If it was shortened to the height of another person, then he does not deserve the wage, as he had done it after deciding to keep it for himself.

Imam Abu Hanifah was so intelligent that Imam Malik, after having met him, said:

A saw a man, who if he debated you that this pillar was made of gold, he would have convinced you.

It was reported from Shurayk: ‘Abu Hanifah would remain silent a lot, and was endowed much intelligence’.

It was reported from Aasim Al-Nabil that, ‘Abu Hanifah was called the (watid) or the pillar, as he used to pray a lot’.

It was narrated by Ishaq Al-Samarqandi, from Qadhi Abu Yusuf that, ‘Abu Hanifah used to complete the entire Quran, every night in a single raka’ah.

The Reality Of His Madhab

As for the madhab of Abu Hanifah, there is a lot of misunderstanding around it. It is often referred to as the madhab or Al-Ra’i (or the School that depends on opinion). This is due to its dependence on reasoning and qiyas, much more than the traditional school of fiqh in Al-Hijaz. The reason for this was the extreme difference in the environment between Al-Hijaz and Al-Kufah in Iraq. While Al-Hijaz was at the heart of the Islamic world, Al-Kufah was at the very edge. It was a mixture of various cultures and languages. And the legal issues that arose in Al-Kufah were numerous and different to those in Al-Hijaz. Combined with this was also the fact that the number of hadith that reached Al-Kufah were limited at that time.

So Imam Abu Hanifah had to find answers to these issues, even though there might not be a direct reference in the Quran and Sunnah to these issues. So developed a sound methodology to derive them from the Quran and the Sunnah. One thing a lot of people don’t know is that the Hanifi madhab gives preference to a weak hadith over opinion. This is why you can find some views that might seem strange like the view that laughing during the salah breaks one’s wudu. This opinion is actually based on a weak hadith. But the hanifiyyah prefer using weak hadith over using one’s opinion.

The reality is that Imam Abu Hanifah, defended the sunnah and aqeedah from many heretic beliefs and deviations in his time, and made a monumental contribution to the science of fiqh, on which those who came later depended upon.

Abdullah Ibn Al-Mubarak said, ‘Abu Hanifah was the most knowledgeable of people’

Imam Al-Shafi’i said about him: ‫‬

Finally, this story shows us his sincerity and steadfastness.

The Khalifah, Al-Mansur asked Abu Hanifah to become a judge. But Abu Hanifa was not interested due to the injustice that was prevalent and how the rulers would pressure the judges to say what they want them to.

Due to this Abu Hanifah was imprisoned and lashed several times. But he remained steadfast. It is said that he was eventually released after this and died shortly after, and it is also said he died in the prison.

May Allah have mercy on this great Imam, reward him for the contributions he has made.