The Meaning of Baraka in Arabic 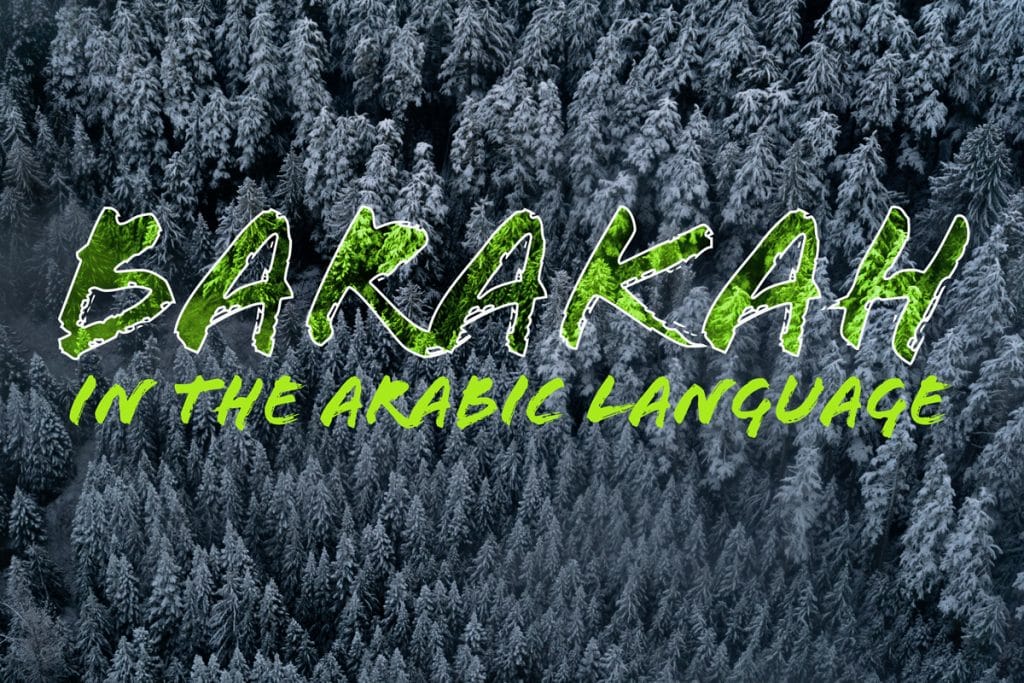 The word Barakah (بَرَكَة) in Arabic language has three meanings:

The opposite of Barakah is scarcity or lack of something.

The plural from the word Barakah is Barakat (بَرَكَات) and we use it in the greeting: ‘assalamu alykum wa rahmat allah wa barakatuh’ (which means “May the peace, mercy and blessings of Almighty be upon you”.

Another derivative is Tabarak “تَبارك” which is a verb meaning ‘blessed’ and it is used for only for the Almighty to denote that Allah is “the Blessed One” and He is the one Who bestows benediction and goodness.

Barak بَارَكَ is another verb which is used to convey the meaning that Allah, the Almighty, has showered His benediction on something. For example the saying باركَ اللهُ في المالِ الحلال (Allah has blessed wealth that is Halal) and also as a well-wishing prayer like: باركَ اللهُ فيك (May Allah bless you)

Mubarak مُبارك  is a participle noun taken from Barakah which means a thing that is full of blessings and goodness. As in the saying   رمضان شهرٌ مباركٌ (Ramadan is a blessed month). It is used also to ask Barakah for someone while congratulating them. For example, زواجٌ مبارك (Have a blessed marriage)

In summary Barakah is something good and beyond expectation which comes and continues to come, and it is preserved and protected. That is the notion of this beautiful word.

The Usage Of ‘Barakah’ In The Quran and Hadith:

The Quran refers to itself as Mubarak (Blessed) in several verses. Laylat al-Qadr, the night in which the Quran was sent down is refered to as Mubarak as well:

{and this is a Book which We have sent down, blessed}

{Indeed, we sent it down during a blessed night.}

And the word تَبَارك Tabarak is used for several times as well:

{Blessed is He who sent down the Criterion}

The word بركات Barakat which is the plural form:

{And if only the people of the cities had believed and feared Allah, we would have opened upon them blessings from the heaven and the earth; but they denied so We seized them for what they were earning}

And the verb باركنا Barkna is used in several surahs:

{Exalted is He who took His Servant by night from al-Masjid al-Haram to al-Masjid al- Aqsa, whose surroundings We have blessed}

{And We blessed him and Isaac. Among the offspring of the two some did good and some plainly wronged themselves}

‘Barakah’ In the Sunnah

The prophet (saw) had asked Allah Barakah for Medina:

Anas bin Malik (may Allah be pleased with him) reported that Allah’s Messenger (ﷺ) said:

Another example for Barakah is that the prophet Mohammad (ﷺ) advised us to take suhoor:

The Prophet (ﷺ) said, “Take Suhur as there is a blessing in it.” (Al Bukhari).

A beautiful rhyme of poetry by at-Tarmah reads O` blessed lord there is no force that can give what you have prevented and there is none that can prevent what you wanted to give.