What Type of Arabic Should I Learn? 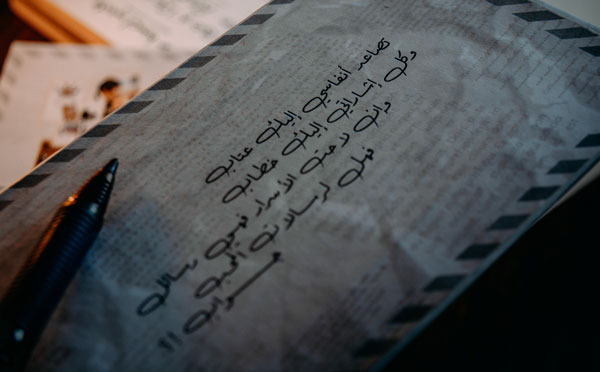 What kind of Arabic should I learn? That’s a normal question for a beginner Arabic student and one that we get quite often. The answer depends on what is your intention and goal for learning Arabic.

For example, if you are planning to move to a particular country, let’s say Egypt, for personal or professional reasons, and what you want is to be able to communicate while you are there, it might be wise to learn that particular country’s dialect.

On the other hand, if your main objective and goal for studying Arabic is to better understand the Quran and Ahadith, and strengthen your relationship with them through the knowledge of Arabic, then no doubt you have to study classical Arabic.

As a rule of thumb, here at Fluent Arabic we generally recommend starting with Modern Standard Arabic, which is close enough to classical Arabic so that you can also understand it and it is the base from which to learn the different Arabic dialects.

However, we also recognize that some people might have very specific needs and a different approach might be useful. So, let’s break down the 3 main kinds of Arabic that you could learn and when is more appropriate to learn one or the other.

The Three Types of Arabic

Generally, we could divide Arabic into three main categories:

Classical Arabic: is the standardized literary form of Arabic that was used from approximately the seventh century until the beginning of the twentieth century; albeit throughout this time there were also different dialects. It is the Arabic of the Quran, the Ahadith and all the classical literature, poetry, etc. It’s the Arabic standardized by grammarians such as Abu al-Aswad al-Du’ali and Sībawayhi. It is also the Arabic of the famous Lisan al-Arab, a classical dictionary by Ibn Manzur. It was used throughout the entire Muslim world, from Al Andalus (Spain) to Indonesia. Most importantly, this was the language chosen by Allah, SWT, to send the last revelation to mankind through the Prophet Muhammad, peace be upon him.

Modern Standard Arabic: is the main variant of Classical Arabic that is studied and used nowadays in formal settings such as universities, newspapers, broadcast tv, etc. It is also the one taught in most schools. So every person from an Arab country that has gone to school and university, or even just from watching tv, will probably understand it. It does not mean they use it often, but they understand it. It is a close variant of classical Arabic which largely follows the grammatical standards of classical Arabic and uses much of the same vocabulary. However, it has discarded some grammatical constructions and vocabulary that no longer have any counterpart in the spoken varieties and has adopted certain new constructions and vocabulary from the spoken varieties.

Colloquial Arabic: this refers to various dialects that are spoken in different countries. It is what people use day to day in their lives; when they go to the supermarket, they speak to their friends or they argue. Because the Arabic-speaking world is so diverse and spread out, it can vary greatly from one place to another. It can even vary within the same country. It is very flexible, is constantly changing and generally has no established grammar. Some of the most commonly used dialects are the Egyptian, the Hijazi, the Levantine and the Maghreb, but there are others.

Now that we know what the three types of Arabic are, let’s see which is most useful for you.

The answer to this one is straightforward. You want to focus on Classical Arabic if your primary goal is to read and understand the Quran, the traditions (Ahadeeth) of the Prophet, peace be upon him, and classical literature, such as jurisprudence (fiqh) texts, poetry, or generally any Islamic science.

Classical Arabic is quite grammar heavy and you have to learn other language sciences, like balagha (eloquence) or morphology to understand it correctly. But as one of my teachers told me once, it’s probably the first language aliens would pick up (if they existed and were ever to come to the earth) because it’s the most logical and straightforward when you know it.

Most importantly, it’s the language that Allah choose for the Quran, which in itself places it above any other language.

Learning Modern Standard Arabic is a great place to start for everyone that wants to learn Arabic, regardless of whether their primary goal is understanding the Quran or o wanting to speak a particular dialect. It will serve as a foundational stone to continue the journey and it will make it much easier to pick up one or several dialects. It will also allow you to understand and express yourself in different parts of the world, something that won’t happen with many dialects. Furthermore, it’s the language of television, newspapers, universities, books, store signs, etc.

Why Study a Particular Dialect

We generally don’t advise to start learning a dialect before MSA or even classical Arabic, but we also know that there are situations in which it might be useful.

Learning a dialect it’s generally faster and easier than learning MSA or classical Arabic. That is because there are fewer grammar rules and many standardized expressions and verb conjugations. It’s also easier on the vocabulary and declinations.

The caveat is that learning a particular dialect will restrict your ability to communicate in other countries or contexts. Some dialects are more extended than others, for example, among those who are more understood outside their country are the Egyptian and the Levantine dialects.

In Summary: What Kind of Arabic Should I Learn?

We will always recommend starting with Modern Standard Arabic and once you’ve got a good grasp of it, move to a more specialized Arabic, such as classical Arabic or a dialect.

Modern Standard Arabic and classical Arabic are quite similar, the latter having a more complex set of rules and vocabulary, which is why is best to start with MSA. Colloquial Arabic is derived from Classical Arabic and MSA, so picking up MSA will give you a good foundation to learn any dialect.

However, in very particular cases, such as for example having purely an academic interest in classical text or wanting to move to a particular country and wanting to be able to communicate fast, then we advise picking up Classical Arabic or a particular dialect directly.

We hope that after reading this you have a clearer idea of what kind of Arabic you should learn. If that’s the case you might want to check our 1-2-1 Arabic lesson and courses.

And if you still have any doubts, please reach out to us and we will discuss them with you.